St. Gianna’s Center Board of Directors

We are blessed to have faithful Board members who support the mission of St. Gianna’s Center for Women’s Health and FertilityCare™. 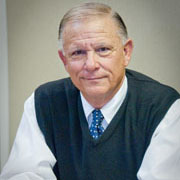 Robert Naberhaus graduated in 1968 from the University Of Cincinnati College Of Business with a degree in marketing. Robert has forty-seven years of business experience and presently operates a Manufacturer’s Rep Agency. Community service includes association boards, chairman of Our Lady of Lourdes school board, member of Brevard County parks recreation and zoning boards, youth coaching and Boy Scouts of America. Robert lives in Merritt Island, Florida with his wife. He has three children and 17 grandchildren. 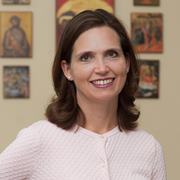 Debra Gramlich, MD, CFCMC is a graduate of the University of Florida College of Medicine and she completed her residency in Family Medicine at Florida Hospital Orlando. She is also one of the co-founders of St. Gianna’s Center. Dr. Gramlich completed the Creighton Model Medical Consultant Education Program through the Pope Paul VI Institute for the Study of Human Reproduction in 2004.  Dr. Gramlich is certified by the American Board of Family Medicine and by the American Academy of FertilityCare™ Professionals.  She is a member of the Catholic Medical Association and is a volunteer physician at La Clinica Guadalupana in Clearwater.  She and her husband have seven children and reside in Largo, Florida. 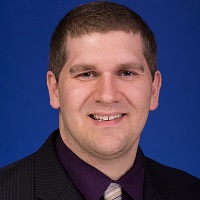 Robert Lang graduated in 2011 from the Florida Atlantic University Honors College with a degree in mathematics.  He has been working in the health insurance industry as a consulting actuary specializing in rate development and reserve setting.  He and his wife, Alisha, have been married and have been using the Creighton Model for seven years. They live in Tampa with their four children and are parishioners at Incarnation Catholic Church. 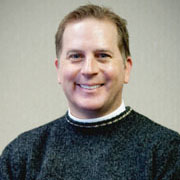 Father Joel Kovanis is a priest of the Diocese of St. Petersburg. Presently, he is the Pastor of Prince of Peace Catholic Church in Sun City, Florida and he serves on our Board of Directors as Chaplain.
During his years in the priesthood, Father Kovanis has served in a variety of parochial assignments as a parochial vicar and pastor.  In addition, he has taught religion at a diocesan high school and a local college. He is also an instructor of Theology of the Body and he assists with the St. Gianna Education Program. 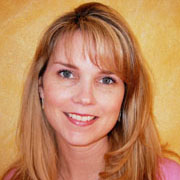 Maura Buete, M.D. is a graduate of the University of South Florida and the University Of South Florida College Of Medicine, and she is a Board Certified Family Physician. She has been practicing medicine in the St. Petersburg area for 18 years and has been involved with the field of NaProTechnology for the past 11 years. She lives with her husband and five children in St. Petersburg, Florida. 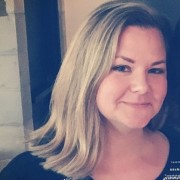 Olivia Hoegstrom is a fifth-generation Floridian. She was Program Director and an On-Air Announcer at Spirit FM 90.5 for ten years. Olivia has been involved with Life Teen for over twenty years and has also been involved with and supported Pregnancy Plus Medical here in the Tampa Bay Area. Olivia’s current day job is Mom to three boys under age eight. She is also an Account Representative with Augustine Institute and an Independent Representative with Usborne Books. Olivia has been a Creighton user for 18 years and says, “I have three Napro Miracles!” 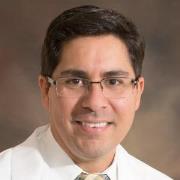 Carlos Lamoutte, MD is board certified in Obstetrics and Gynecology, with over 24 years of experience. He received his medical degree from Lousiana State School of Medicine in New Orleans and completed his residency at the Medical University of South Carolina. Dr. Lamoutte is a Creighton Model FertilityCare Medical Consultant and uses NaProTechnology to help his patients restore their gynecological health. He practices with BayCare Medical Group in Plant City, Florida. 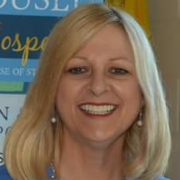 Diane Kledzik is a native of Largo, FL and currently serves as the Director for Marriage and Family Life for the Diocese of St. Petersburg.  Her prior ministry work consists of serving as the Diocesan Director for Evangelization and Small Christian Communities and has worked in parishes and on the diocesan level in Youth Ministry.  Diane has a Certificate in Advanced Studies in Ministry from the Center for Ministry Development and holds an MA in Pastoral Ministry from St. Thomas University in Miami, FL.  She has served her parish of St. Patrick in Largo as catechist on the Infant Baptism Team, member of the Youth Ministry Core Team, and assists in coordinating Small Christian Communities. 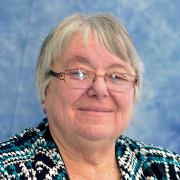 Sr. Pat Shirley, OSF, has been a Franciscan Sister of Allegany for over 50 years and is serving as Health Care Coordinator for her Community, the Franciscan Sisters of Allegany. Sr. Pat spent the first 20 years of her ministry teaching in Florida and Jamaica. For the next 26 years, she worked as a chaplain and administrator in hospitals located in St. Petersburg and Tampa, FL.
At St Anthony’s Hospital in St Petersburg, she worked with the Fertility Clinic, supporting the program and hosting education programs for the development of practitioners. While she was at St. Joseph’s Hospital in Tampa, she was responsible for ethics, pastoral care, and faith community nursing.

Jen Scannell, FCP, graduated from the University of South Florida in 2012 with a bachelor’s degree in psychology. She worked in the Office of Admissions at USF after her graduation as a recruiter and communications coordinator. In 2015, Jen became a FertilityCare Practitioner Intern with St. Gianna’s Center and has been teaching the Creighton Method since. She and her husband have been married for seven years and she now spends much of her days raising their three young children. 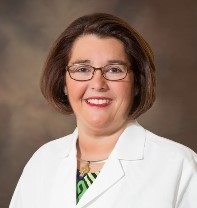 Dr. Ana Verdeja is a skilled OB-GYN who was awarded her medical degree at the University of Puerto Rico School of Medicine and completed her residency in obstetrics and gynecology at Louisiana State University. Dr. Verdeja is board certified by the American Board of Obstetrics and Gynecology. She sees patients at BayCare Medical Group in Plant City, Florida. Dr. Verdeja emphasizes interaction with her patients and focuses on preventive care. 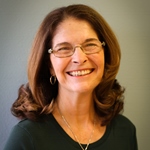 Emma Boe has been involved in various Respect Life programs since her arrival to Tampa in 1972. Originally from Louisiana, she has a BS degree in Science Education from Nicholls State University, Thibadeux, Louisiana. Emma brings over 17 years of experience in working with volunteers; she retired as the Director of Life Services of Catholic Charities, Diocese of St. Petersburg in June 2010. She is currently the Director of Project Rachel for the Diocese of St. Petersburg and is involved in several ministries for her home parish, Sacred Heart Catholic Church, in Dade City, Florida.  Emma and her husband Caire have practiced natural family planning using the Creighton Model of FertilityCare™ throughout their 45 plus years of marriage and are the parents of four children and grandparents to ten. 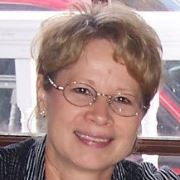 We are grateful to Cindy for her five years of service on our Board. Cindy Tozier is a graduate of the University of Tampa where she earned a Bachelor’s of Science degree in Business Management with a minor in Business Administration; she also earned a Masters of Theology degree from St. Leo Catholic University.  Cindy is retired from a lengthy career at IBM where she held a wide variety of management and professional positions, including Project Management Professional, awarded by Project Management Institute.
Cindy has been a long-time supporter of pro-life ministries within the Diocese of St. Petersburg, including having served as the Respect Life Coordinator for one of the Deaneries. She has served her Parishes in a variety of ways, including Extraordinary Minister of the Eucharist, Faith Formation instructor, and as Chairperson of her Parish Finance Council.  Cindy is a native of Tampa, Florida where she attended twelve years of Catholic school.  Her two grown daughters also attended twelve years of Catholic school in Tampa and now live out of state. 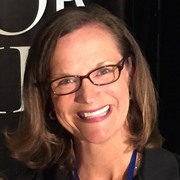 Sabrina Schultz has been Director of Life, Justice and Advocacy for the Diocese of St. Petersburg since 2006.  She has a bachelor’s degree with a dual major in religious studies and psychology from St. Leo’s and a master’s degree in pastoral ministry from Boston College. Sabrina has been selected by Catholic Relief Services as the recipient of the 2019 National CRS Diocesan Director Award for CRS Rice Bowl.